February heralds the coming rebirth found within each of us. Where there was a dull lack of hope, a small flame of joy glimmers. In each deep breath a renewal is found while the exhaled breath lets go of what is no longer needed.

2022 features a beautiful, gentle, forgiving energy that we are already feeling. It’s the meeting of Jupiter and Neptune in Pisces coming this April. This is rare, magical, and precious and does much to facilitate the massive healing which is our letting go. 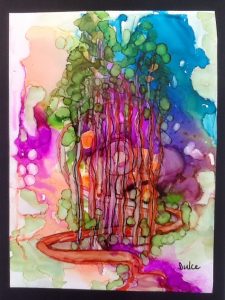 Help is abundant. Divine Beings live amongst us guiding us with books, poems, and You Tube videos. Information is available and knowledge streams in. We’re also tuning into our own wisdom. Just in time too. As our planet Earth experiences a crisis, she comes into an awareness of who and what she is (I mean wouldn’t that blow your mind… my God, I’m a planet!) Our careless greed has pushed her beyond her limits. She hurts. Her animals and seas hurt. She’s given her all and it’s forced her into her death and rebirth moment.

As her inhabitants, we too are cracking open and as we crack, we come ever closer to our potentiality.  Somewhere in you is an undying connection to the bright light of love. The bright light of love dissolves the hard shell of your “reality” and turns your direction inward — toward profound discovery. Rumi said, “keep breaking your heart until it opens.” Isolation and loneliness caused by the pandemic is a gift that allows you to finally be still. In the stillness you can find the door that leads to your inner self. And when you open the door, a path appears in your interior world. You begin to travel it and as you do, a great unraveling occurs. And that unraveling leads to healing. Sometimes, during this unraveling, we try to go back, we try to do a replay.

Does history repeat itself? Yes. In order to heal a wound, events and circumstances will repeat in an attempt to reach a healthy conclusion. This is true of people, and of countries. As a psychotherapist as well as an astrologer, I’ve seen people set up the exact same circumstances of their original wound to heal them.

I believe that at this time of its Pluto return, that the United States of America is repeating the trauma of political divide in order to heal itself. What do you think?

Consider the American Civil War April 12, 1861 to April 9, 1865. At that time the country was profoundly divided. So divided – death occurred on an enormous scale over political ideologies. Sans the massive death toll, does this in any way remind you of today’s political climate?

During the Civil War, Pluto was in the same degrees of Taurus where Uranus is now. Both are slow-moving generational planets and it’s uncanny that one should be in the same place as the other was then. Further, there’s the very same transit of Neptune into fiery Aries occurring in April 2025 exactly as it did during the civil war years. Neptune has a slow (over a 160-year) orbit around the Sun. Could our country be in the throes of a regression – a return to a less developed state in order to repeat a trauma to come out with a different ending?

There’s an alternative to repeating trauma – it’s called waking up. Waking up to what’s happening. Shining the light of awareness on your inner world. When we shine the light of acceptance on what we find inside, the painful feelings diminish. As Joe Dispensza says: “Memory without emotional charge is wisdom.”

That’s what we’re hoping for. We’re hoping for wisdom. This country can have memories without the emotional charge. We can move forward into the clear, new healthy Earth we’re creating. We do it one person at a time until, badda boom, badda bang, tipping point and the new Earth is born.

This tipping point happens inside us. When we tip beyond our identification with our sad story we heal. We move into new terrain. When a whole bunch of us do it, entire communities and countries do the same.

I talk about this now because February brings an annual shift that some find disorienting — from the mental energy of air (Aquarius) to the moody waters of Pisces. It’s a bit like a cosmic cruise! Aquarius is the Moon sign in the United States chart. The Moon represents the people. Maybe some ideas, Aquarius, will find their way to the soupy sea of Pisces. The Sun enters the last sign on February 18, and before we know it, we find ourselves floating. There is an influx of consciousness, an opening of enormous proportions going on and our time in this mixed month of air and sea, will help us grok that.

Here’s how the month rolls:

February 2022 opens on a New Aquarian Moon in square with change agent Uranus (the same place Pluto was during the American Civil War). Things are changing my friends! We’re quickening and waking up. We’re waking up to our responsibilities too as stern Saturn is part of this New Moon. We’re also finding our peeps. Like-minded people are discovering each other. Mars and Jupiter are nicely and tightly connected at this New Moon beginning time. You are determined and energized! Set your intention!

The next two days are rich in insight and spiritual guidance. On the 2nd, the Moon meets with teacher Jupiter in Pisces. Jupiter is in Pisces for the first time in 12 years. It opens us to worlds beyond our perceptions. It expands our horizons, softens our boundaries and brings blessing and protection. Tune in through the 4th while the Moon travels through the oceanic waters of Pisces.

Mercury turns direct on the 3rd and prepares for yet another meeting with intense Pluto. It just had one at the end of January. Secrets and insights float to the surface – listen.

Over the next few days huge energy is available to you as Mars and Jupiter connect.

February 4th the Sun connects with Saturn bringing ‘have-to’ tasks to the next few days.

The Moon moves through Aries and passes Chiron on the 5th through late on the 6th. This is an excellent time to begin your new projects. Use your intuition and success is assured. Mars trines Uranus bringing ‘get ‘er done’ vibes.

On the 7th, unusual events may occur when the Moon connects with erratic Uranus. Keep your wits about you and tap into your motivation.

On the 8th, the grounded Taurus Moon connects with the four celestial bodies traveling through Capricorn. These are days for working with the real things in your life. Taxes come to mind.

The 9th and 10th may feel scattered, or highly energized, as the Moon travels through Gemini. Travel with your mind!

Friday February 11th could feel like an investigation is under way as Mercury meets up, again, with old Pluto. Getting to the bottom of things could be helpful as long as you don’t obsess.

The Moon travels through touchy-feely Cancer over the weekend. Emotions may run high, especially as the Moon travels opposite all that Capricorn! Mercury, Mars and Venus oh my!

Mid-way through Valentine’s Day, chatty Mercury re-enters social, sometimes distant and analytical Aquarius harking back to its retrograde in that sign just last month. Is there an unfinished conversation? The Moon in warm Leo brings a little romantic drama to the occasion.

February 15th —  do limitations enhance relationships or hamper them? Venus and Mars kiss while the Moon opposes Saturn.

Wednesday’s 28° Leo Full Moon brings all things heart-centered to the surface. The celestial lovers Venus and Mars linger in their embrace until well into March. Jupiter and Uranus come into a serene connection that lasts until at least the 21st. There’s a feeling of endurance at work. Connect to your heart. Feel your inner courage. You are more supported than you ever imagined.

The Full Moon energy lingers until the Sun leaves airy Aquarius for watery Pisces on the 18th. This is an energy shift that carries the lunar dreamscape along with it.

The weekend brings reorientation in daily tasks and relationship patterns.

By Monday 21st your own feelings return for rumination with the Scorpio Moon. These intensify and receive support over the next few days, especially on the 22nd.

The waning Moon in Sagittarius on the 23rd through the 25th brings a sense of freedom and possibility. What are you learning about yourself now? Mercury squares Uranus – something unusual is coming up in your thinking. Something from out of the box.

The weekend brings good vibes and practical management of stuff. Tend to what’s right in front of you and stay calm.

The month ends where it began – with the Moon and Saturn in Aquarius. But this time, Mercury is there too. You can see your evolution. Sometimes life is a circle, or a spiral, not a straight line. Another 12° New Moon awaits, just two days away. The cosmos is doing all she can to show you how loved you are. All you need to do is find that inner door.

Stay tuned to your interior world. Lean into the Earth; she’s going through her great transformation, and you are linked to her. Remember: you matter, we’re all connected, earth is our home and love is our destination. 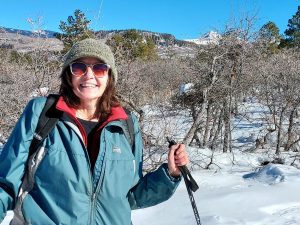