Welcome to a new world in a New Year dear friends!

What a year it’s going to be! I’m most excited about the total solar eclipse on August 21st where the Moon’s shadow will fall on the northern part of the USA. This is the first time since the 1970s we’ll have such “access” to an eclipse. I’ve already ordered my special eclipse atlas! Think road trip!

This is also the year of the Fire Rooster, according to Chinese astrology. This powerful energy encourages us to break free and overcome obstacles. This is what we will all be doing this year as wild card Uranus moves through fiery, independent Aries in opposition to abundant Jupiter – doing its level best to keep the status quo in balanced Libra. Whew! What a trick! Change or not to change, that is the question. It’s like making changes without changing (sounds very Zen); making change in the face of polarizing beliefs; or pushing through on what you want regardless of anyone else. It could even look like dogma forced upon the individual. It makes me think of all the last minute power acts President Obama is doing before he leaves office that will be very hard for in-coming President Trump to overturn. Be sure to think for yourself this year precisely because of this energy (Jupiter oppose Uranus).

If you’d like to know how this year is going to shape up for you, the USA, and in general, please come to class with me on either Jan 7th OR Jan 14th. Full details here: https://www.astrologybydulce.com/events/ We’re going to have a fun afternoon going through the complexities of the year, turning astrology into English, and enjoying the experience of the collective mind (Uranus). Also, I wrote about the next four years for the USA in October 2016, before the elections. You can scroll down from here to read that interesting article.

January begins with Mercury retrograde until the 8th. This gives us all a chance to catch up with ourselves and to reflect on the year ahead. How do you want it to go? What do you want to achieve? The Sun, Mercury, and Pluto are in earthy, practical Capricorn, the sign of achievement and prudence.  The water goat wants to get to the top of the mountain, it wants to achieve something.What is that thing for you? Spend the first week of the year pondering, planning, and visioning your year ahead.

The year opens on a new and waxing moon, we’re off to a good start. On Tuesday the 3rd, lovely Venus leaves egalitarian Aquarius to join a whole posse of planets moving through the watery compassionate sign of Pisces. This is your cue to hone your intuition and to focus your values on your interior landscape and the health and wholeness of your spiritual life. Tune into Kosmic Voices at noon (MST) today, Tuesday, for a fabulous show that will help you get your year together. http://www.kafmradio.org

Early on the 4th, retrograde Mercury re-enters Sagittarius giving you another opportunity to examine your beliefs and to connect the different areas of your life into one cohesive vision. Mercury then connects with the Galactic Center (GC) and stations direct there on the 7th and 8th. The Galactic Center, in the words of astrologer Philip Sedgwick, “imposes its enlightenment on us.” This is a time of vision. Use it wisely. Saturn will conjunct the GC (27 º Sagittarius 47’) for the first time in 29 years in March 2017 and turn retrograde at that point until late August. This gives us an opportunity to ask the really hard questions about hope, faith, and sustainability. It’s time to let the TRUTH guide us – not post truth, but the actual truth. It’s not about dollars and cents anymore folks, it’s about sense.

Energy builds and quickens with Mercury direct. The Moon waxes to fullness and early on the 12th opposes both the Sun and powerful Pluto at the Cancer Full Moon. This is a biggie folks. Power and control issues come to the fore with Pluto around. We’re looking at real divisions and controversy here in the USA because we’re a Cancer country and the Moon represents the public while the Sun and Pluto in Capricorn represent government and power. There may be fear-mongering and security issues raised now. This Cancer Full Moon asks: what needs nurturing? What part of your life is hungry for love and care? Take care of the crying baby. Do what you must to care for those unable to care for themselves. Love one another.

At the Full Moon on the 12th, Venus connects with dreamy Neptune and stays in the fantasy of it all until the 15th. Keep your eyes open! Dream big, sure, but stay grounded. Make music and love and write poems under these tender dreamy skies.

From the Full Moon to the 18th active Mars connects with fragile Chiron suggesting vulnerability. Keep yourself well. Avoid air and water borne diseases. Rest – a lot! This is a great time for intuition, forgiveness, and breaking free from addiction. Set yourself free from the inside out.

January 19th the Sun leaves practical Capricorn for analytical social Aquarius. People Power Time! It’s time to be social and aware, as well as open to learning and intellectual exploration. The shift to Aquarius sets us up for the inauguration of Donald J. Trump on Friday January 20th at noon in Washington DC. The chart looks somber for Trump but clearer then it did for President Obama who was sworn in under a retrograde Mercury on Jan 21, 2009. You may remember what a fiasco that was. He had to repeat the oath of office twice because what’s his name screwed up.

The Moon leaves steamy intense Scorpio, where it is for the Inauguration, and enters fiery, optimistic Sagittarius the first few days of the new President’s office. Hope abounds but reality quickly sets in when the Moon conjuncts stern Saturn on January 24th. Around this time, sweet Venus conjuncts wounded Chiron suggesting some kind of market dip or value crisis, or conversely, a healing may occur of these things. Women’s issues predominate at this time. The energy remains sensitive as women express themselves through to the 27th and the Aquarian New Moon.

At this lunation the voice of the people is heard. It’s a great time to use your intuition, connect with like-minded others, and to use your brain power.

The tone changes early on January 28th, and becomes fiery when athletic Mars enters warrior Aries for the first time in two years. As this occurs, Mercury moves into its second conjunction with secretive Pluto. Expect an expose at this time. Use your thinking mind to get to the bottom of problems. Stand up for yourself! Set good boundaries.

The month ends with a Moon/Mars conjunction in Aries setting us up for a bold, new start. Energy hums through the world. Start your engines ladies and gentlemen! Vroom! Vroom! Beware of aggression and extremism but do leap forward! We’re headed for the month of February and two eclipses. Watch out world! Here we come!

In the meantime, check out this video on the evolutionary thrust of humanity. It’s empathy folks, empathy. https://superhumanos.net/empathic-civilization/ 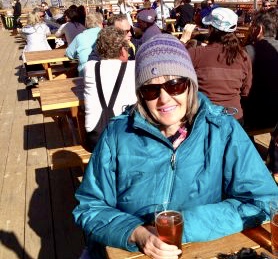