January 2022 and a glimpse at the year ahead

Home   |   Uncategorized   |   January 2022 and a glimpse at the year ahead
Dulceswebsite
Uncategorized
No tags.
0

Here we are again, one challenging year behind us and hopefully a better one in front. In truth, 2021 wasn’t that bad for me considering the deep pain of the years that preceded it. I got a lot of tough things done that were simply down to me. Perhaps that was true of you also, my fellow traveler.

Whether we know it or not, we’re guided in part by the nodal axis.  That is the place where the Moon, Sun and Earth align to produce eclipses. That axis helps us orient to the prevailing energy. In 2022, the nodal focus will be on Scorpio and Taurus (it was Sagittarius and Gemini last year). From vision and details our attention will turn to the basics – food, security, climate change, money, and deep stubborn feelings and drives. Sexual secrets included!

Another major energetic shift for 2022 comes via wise Jupiter’s move into dreamy, gentle Pisces. This is happens once during a 12-year cycle; a period that opens us up to both our nebulous fears and our fierce hopes. Jupiter will move into Aries in May only returning to Pisces in late October. This to and fro motion encourages you to create a spiritual/mental blueprint before taking action on it; in other words: Dream Big! Let this work for you as you consider your plans for this new year.

Jupiter in Pisces magnifies all Piscean issues which include hospitals (already stretched with Covid cases and staff shortages); prisons, ships, oil, water, flooding and other Poseidon-like ventures. Jupiter will shed light on these matters and show us where they are over-burdened. New approaches in hospital care are likely. 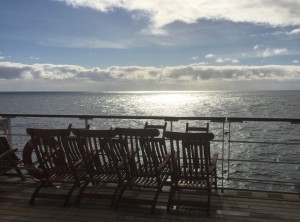 In 2022, beliefs we’ve held for so long recede behind us. It’s time to acknowledge the new circumstances we’re in.

This becomes clear with the first New Moon of the year occurring at 11:00 am (MT) on January 2nd at 12° Capricorn. (Incidentally 12° was a sensitive spot in the last eclipse). Venus is retrograde and conjunct Pluto, both of which are active in the USA chart as this country goes through its dramatic and controlling Pluto return. Our financial system may go through an over-haul of sorts, leading to the emergence of new financial systems.

At this New Moon, the Sun and Moon trine change-agent Uranus encouraging us to catch up to the future. What in your life needs an upgrade? What information did you receive over the last year that you can build on (Capricorn) this year? Connect with like-minded folks to build mental and literal pods of support. Tender Chiron squares this energetic New Moon from self-conscious Aries. Sometimes it’s hard to put yourself first but this is a good time to do that. Get busy!

Jan 3rd brings a somber note, or a blast from the past, as the Moon connects with Venus and Pluto. Take time to sort through your finances and values.

Jan 4th through the 5th are days to reach out and connect with others. Make sure you’re healthy.

Jan 6th through the 8th are days for dreaming. The Moon travels through soft Pisces at the same time retrograde Venus conjuncts the Capricorn Sun. Value-laden insights are likely.

On the 9th the Moon connects with Mars to help you with a course correction.

Jan 10th through 12th brings your best self to the surface. Changes and tensions are possible.

Jan 13th to the 16th Mercury squares change-agent Uranus. It’s a good time to back up your computers and to stay away from risky endeavors. Chance encounters with interesting people are likely.

Mercury retrogrades four times this year. Mark these dates on your calendar if you like:

Mercury retrograde periods are best used for reflection and reorganization versus pushing your agenda. Stay open to improvement.

The 16th is a key date. Today Mercury turns retrograde, and the Sun connects with Pluto. A governmental proclamation may shake things up. The energy is high as the Moon approaches its fullness and opposes Venus. Just what do you value?

On the 17th a fat Cancer Full Moon unites all peoples around issues of rules and regulations, housing and safety. This Full Moon opposes Pluto, bringing things that are beyond our control to the forefront. The Earth has a message for us. Release emotions in a way that does no harm to yourself or others. With aspects to Mars, ebullient in Sagittarius, your direction and hopes take on new life.

On this same day (19th) change-agent Uranus turns direct. Movement occurs where stagnation once was. Solar flares, cyber-attacks, and general odd ball stuff. Stay sane by focusing your attention inward, to the eternal flame that never goes out.

The energy continues to be high throughout the next few days. On the 18th, the dramatic Leo Moon gets involved in tense relationships with both Mercury and Uranus. Creatively express yourself though your voice may stand alone.

The energy shifts on the 19th when the Sun leaves pragmatic Capricorn for analytical Aquarius ushering in thirty days of inquiry and skepticism, and hopefully social engagement at a safe distance. As Aquarius is an air sign the spread of air-borne viruses picks up during this time.

The 19th and 20th continue with lunar energy as the Moon finishes up in Leo and moves to oppose abundant Jupiter bringing drama. A teaching is coming through, keep creatively expressing yourself so you can capture it.

The 22nd through the 23rd Mars travels across the Galactic Center bringing insights and off-planet information your way.

Early on the 24th, active Mars leaves happy Sadge for practical Capricorn and helps you get your plans together. Mars will retrograde in flexible Gemini later this year (in October, November, and December) so use the time now to plan and strategize. I say this tongue in cheek because you know what happens to plans!

Surprises on the 25th when the Moon opposes now-active Uranus. Wahoo! Hang onto your hat.

January 26th, and Mercury re-enters Capricorn on its retrograde journey. Business conversations pick up right where they left off.

Mercury hangs out with intense Pluto through to the end of the month. Secrets surface and accusations are made about people in the highest circles. What have you left unexplored? Search it out now.

The 27th and 28th the Moon in philosophical Sagittarius lifts the mood, a good thing given the intensity of the times.

Practicality and stuff you need to care for predominate on 29th and 30th as the Moon moves through Capricorn.

The end of the month and it’s a New Aquarian Moon (at 12° no less!). Alas, it’s not as social as it could be given that stern old Saturn is around. No one wants a curmudgeon but he shows up anyway encouraging us to make much needed commitments. Despite the tough news there’s a dawning awareness of the new social structures and problem-solving smarts that are on the table for 2022.

February brings the Chinese New Year and the energy of passionate Water Tiger which leaps boldly forward into new terrain, compared to last year’s Metal Ox who plodded steadily along. Tiger years bring wild, sometimes angry, impulsive energy but also allow for sweeping change and brave moves. The element of water is a big feature: 2022 is a Chinese water year at the same time Jupiter is in watery Pisces. Water is associated with emotions. RD.com warns us to be wary of extreme emotions. Well, the USA is going through an emotional struggle so let’s all do our part to keep calm this year while feeling Tiger’s fearlessness.

All planets are direct now until the end of April. It’s a great time to move forward on your dreams and plans knowing that changes in your life are part of the year ahead.

Late fall of 2022 is not nearly as progressive as the first part of the year as six planets retrograde then. Start the year with strong intentions. They will carry you through the many bumps and thrills that line the path.

In the meantime, take note that January begins on a 12° New Moon and ends on one. It’s the cosmos’s way of showing you that beginnings are a part of this New Year. The United States will continue experiencing its Pluto return until the end of 2023, there’s no way around the political struggles that entails, but these New Moons at the start of this year herald the bright hope of rebirth. Birth always involves struggle does it not?

Stay present and strong, and remember, you matter, we are all connected, Earth is our home and love is our destination.

With love for a courageous and hope-filled year. 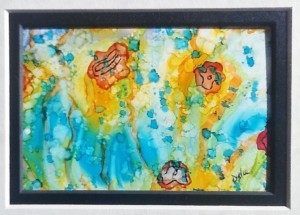