Welcome to Beltane, the Pagan celebration of spring, and the beautiful month of May. This month is imbued with the earthy blessings of Taurus as the Sun moves through this stubborn and sensual sign. On the 20th the energy shifts to mercurial Gemini so perhaps you might like to move slow before things speed up.

There are some huge changes at work underneath the steady march of the bull. One has already occurred. This is Chiron’s move into Aries which took place April 17th this year. Chiron has a 50-year cycle and this is the beginning of a new phase that takes us deeply into the wounds of the ego and the results of hasty action; or the consequences of ignoring your own inner voice.

Chiron will stay in Aries until September of this year at which time it will retrograde back into Pisces. Chiron has been straddling my Pisces ascendant for months and I know first hand how the presence of the wounded healer can utterly transform one’s world.

Come March 2019, Chiron will re-enter Aries and stay until spring 2027. This is highly significant for Aries and Libra folks who will experience a deep sensitivity, and possible crisis, as they fine tune their lives to Chiron’s higher vibration. Chiron in Aries shows us the consequences of self-absorbtion and the consequences of not caring for the self.

Another monumental cosmic move is Uranus’ experimental tiptoe into Taurus. Uranus will enter the sign of the Earth itself on May 15th and stay there until early November of this year. At that time, it will retrograde back into Aries until early March 2019. It will then remain in Aries for seven years. What does Uranus in Taurus mean to you?

Well darling, it’s bigger than you. (A little Chiron in Aries ego-rectification moment).

The last time the planet of change, technology, brilliance and chaos was in Taurus was from 1935 to 1942. That’s the Great Depression (and the Dust Bowl) here in the USA and WW2 for everyone else. Hitler began killing Jews. Think the Spanish Civil War and Hemingway. Oh yes, how about airing The War of the Worlds and scaring the population half to death! Einstein was alive and contributing to science. The Helicopter was invented. Mt. Rushmore was carved. Nasty times and amazing times too. Napoleon Hill wrote “Think and Grow Rich” and the science of manifestation was introduced to the world at large.

Incidentally, Social Security was conceived of in 1935. Let’s hope it stays stable for us!

So dear Ones, you can see that we need the stability of Taurus to hold us steady for the monumental shifts in front of us. Chiron in Aries is tender and yet allows for a new identity while Uranus in Taurus is the proverbial bull in the china shop showing us where we need to tend to the basics. 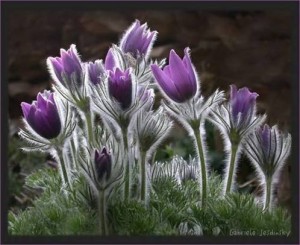 Use the first week in May to enjoy the breezy quality of Venus (ruling planet of Taurus) in chatty Gemini. With an opposition to the Sadge Moon on the 2nd you might feel a little overloaded so head off for an adventure if you can. There’s a nice Earth trine between the Taurus Sun and the Moon in Capricorn on the 5th (Cinco de Mayo!) The Moon meets Saturn and Mars – make progress toward your long-term goal. Use the harmony to get things done in the garden or with your business. If all goes well, NASA will launch a lander towards Mars with the InSight project on the 5th.

Communication could be intense on the 7th as Mercury squares Pluto and Venus squares Neptune. Just what is the truth? Save important discussions for another day folks.

Tuesday May 8th the Sun opposes abundant Jupiter. Wahoo! It’s a big day and a good opportunity to go for the gold. As my dad used to say, “it’s better to shoot for the stars and hit an eagle, then shoot for an eagle and hit a rock.” In other words, go for it but don’t set yourself up for failure. The largesse follows you over the next few days and you get a boost on the 11th when the Sun trines Pluto.

Brilliant, crazy insights are possible when Mercury and Uranus connect the 12th and 13th. Think new thoughts but do guard your nervous system. No caffeine needed, the cosmos will amp you up.
Early on the 13th Mercury stabilizes as it enters earthy Taurus. Whew. Take your time folks, there’s no big rush but do keep that ball rolling.

Holy smokes. Financial matters, stock markets, money, bonds, banking are all vulnerable to radical changes. Earth changes and climate change are all highlighted now. If you have property hang on to it and take good care of it. Remember, Uranus spends seven years in a sign and this summer is just a little taster for what’s to come between 2019 and 2026.

May 15th is a New Moon and it’s your chance to plant seeds of genuine change and innovation. This is fertile and juicy time even if Uranus in Taurus scares us a little. With strong support from Pluto and Venus in capricious Gemini this New Moon invites you to dig deep and simplify. Ground yourself. Put down those roots and reach for the stars. Grow baby, grow.

Right after the New Moon on the 16th, active Mars leaves capable Capricorn for rebellious Aquarius. Mars will retrograde in this sign from June 28th to August 27th making those months terrible for new ventures. By the way, the last time Mars entered Aquarius was on election day November 8, 2016 when Donald Trump became the USA President. Hmm…. add this to the two eclipses to Trump’s Mars and the picture gets interesting. I looked at Trump’s solar arc chart and saw that his SA Uranus is just months away from conjuncting his Mars. His life is about to change.

Mars is the modern day ruling planet of Uranus and this recent turn of cosmic events creates a complex situation. The 16th through the 19th Mars squares Uranus making this a contrary time with unexpected shifts in cultural mores. Rebellion is likely! There’s plenty of mojo to get things done so use it to your benefit.  This energy is hot and hard to handle so wear gloves. Keep your eyes open. No sleeping at the wheel.

Things stabilize on the 19th when Mercury aspects Saturn and sanity returns. At the same time Venus, ruler of all the Taurus energy, enters gentle Cancer and the wisdom of the Mother takes over. Hallelujah! Mom, it’s okay to pull rank. The world needs you now.

On the 20th the Sun leaves earthy Taurus for light-hearted Gemini and shifts the mood. The 22nd and the 23rd Mercury opposes abundant Jupiter – don’t make promises you can’t keep! It will catch up to you when Venus opposes stern Saturn (the 23rd to the 27th) and you’ll have to live up to them or suffer the consequences. Use those days to focus on what you love rather than regretting what you said.

Luckily, the 24th through the 27th Neptune and Jupiter connect in a water trine softening blows, encouraging forgiveness and enhancing dreams. With Venus opposite Saturn also you can really make good progress toward the project of your heart. Get it done before the Full Moon.

May 29th the Sagittarian Full Moon invites plenty of discussion and reasons to celebrate and collaborate. Have fun, because you got it done. The same day Mercury enters its home sign of Gemini. By month’s end Mercury connects with Mars in intellectual Aquarius. Now’s the time to have those conversations, as long as they’re not too heavy and serious.

The month ends with a Moon/Saturn conjunction in Capricorn. Despite all the hoopla and changes, some things stay the same. Hold the course and reduce your impact upon our Earth Mother. Be sensible in your purchases – don’t buy things in plastic – including those tubs of spinach at the grocery store unless you can repurpose them. I reuse mine for kitchen scraps. According to recent statistics we only recycle 9% of plastic. That’s 91% that gets used once and thrown away into ever creasing piles, some of which end up in our beloved oceans. It’s a simple as not using a straw in a restaurant. Please folks, be mindful.

Good news – I read that this summer there’ll be a massive ocean cleanup – there could be a very good side to Uranus in Taurus. https://www.theoceancleanup.com Hallelujah! Isn’t it wonderful that so many of us care and are awake! Celebrate! But be realistic too. Seriously, Uranus is a chaotic energy. I’ll be teaching a class soon on both Uranus in Taurus and Chiron in Aries. Stay tuned.

I’ll see you back here in June. And remember – you matter. We are all connected. Earth is our home and love is our destination. 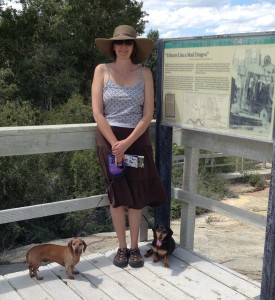