It’s a Scorpio time of year – intense, brooding, powerful, and regenerative. It’s your opportunity to get in touch with the part of you that wants to win, must win. If you like, tap into this fierce energy and do something with it. It will take you far.

Here’s the cosmic play-by-play for the month:

November begins on a waxing Moon in Sagittarius, always a hopeful and optimistic sign. However, the tone quickly changes during the first week as the Moon makes aspects to Saturn, Uranus, Pluto and Mars making the 2nd through the 6th a bit of a cosmic roller coaster. This makes sense for us here in the United States as we choose our next President. Election Day November 8th sees the Sun in Scorpio and the Moon moving into Pisces in the late afternoon. This is the same energy that Hillary Clinton was born under making her the favorite to win. However, late that evening feisty Mars (a prominent planet in Donald Trump’s chart), enters rebellious Aquarius shifting the energy Trump’s way.

Late on the 11th, Venus enters prudent Capricorn turning our attention to money, values, business and women in government while on the 12th chatty Mercury, who represents the news, will enter philosophical, occasionally dogmatic Sagittarius. This shift encourages debate which vacillates between hope and despair. Meanwhile, energy continues to build toward the Full Moon on the 14th. The Full Moon in Taurus is ruled by Venus which further highlights values, money, banking, and the overall cost of things. Stubborn adherence to the old ways seems to be the norm now with lots of rhetoric filling the air. Find comfort in your usual routines and lay low.

On the 19th, the Moon opposes fiery Mars bringing strong public opinion to the fore. On a personal level, it’s a great time for team sports. Get out there and get active!

The energy shifts when the Sun leaves steamy secretive Scorpio for upbeat Sagittarius on the 21st. Our national affairs become global and the larger world comes into focus. Philosophy and vision are Sagittarian by-words and this shift may take us into the world of talk and speculation. Personally, this is an excellent time for you to consider your future by taking the highest stance possible. Rise up, look down, and put things into perspective.

The 22nd and 23rd bring strong, stern talk when Mercury conjuncts Saturn and on the 24th, Thanksgiving in the USA, Venus conjuncts Pluto and both square the Sun in the USA chart. Money, money, money, and women, women, women. Just what are your values anyway asks this astrological configuration. Please scroll down to read my article on the next four years for more information on these transits on the national level. On the personal level, Thanksgiving provides not only opportunity to be with family to express gratitude, but is also a time to address deeper issues, some of which might feel uncomfortable. Thankfully the Moon is in harmonious Libra and hanging out with Jupiter – there’s nothing a little dignity and decorum can’t fix! The next day however, the Moon opposes Uranus bringing surprises. Be flexible.

The energy shifts and changes at month’s end with a New Moon in Sagittarius. This is a wonderful time to plant seeds of hope and optimism for the year ahead. 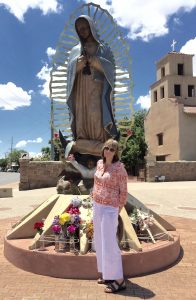