Tulips and Mars … A Stream of Spring Thoughts. 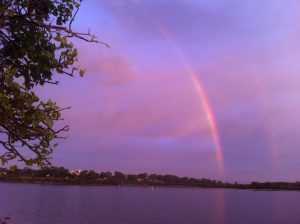 The breeze is gusty today at this New Moon. The bright sun and bird song keep me outside long after the dried leaves and twigs I’ve raked blow off toward the arroyo. Here on Earth, looking up at the heavens, the darkling Pisces Moon passes by the Sun and is birthed again. Active Mars, key competent of Alpha and Aries, straddles the Galactic Center (a titillating image for astro-erotic types) and activates the New Moon.

Pisces and Aries combined is the energy of this seasonal new year. Spring Equinox is just a few days away, so too is Mercury turning retrograde. The light of our star, around which all planets in our solar system revolve, leaves Omega/Pisces, for Alpha/Aries at Equinox where once again light and dark find equal balance.

Mars, ruler of the incoming energy of Aries, crosses the Galactic Center of the Milky Way galaxy. The GC is the central rotational point around which the stars of our galaxy revolve and where an enormous black hole resides. Black holes, Stephen Hawking once confessed, are more grey than black. And bless his soul, his absolutely liberated mind in that barely functional body. What a teacher Stephen Hawking was to us and will remain so.

Before the weather turned cold again and the sun was warm upon my pale legs, a friend and I sat on the deck and talked of the teacher archetype. It seems that the teacher is always present. We are all constantly learning and constantly teaching.

The two beings who turn up in magic circles are raven and teacher. Maybe they are the same being. Magic is the mystery we have yet to identify. Much like gravity was before the apple was witnessed falling to the ground. Magic and galaxies are the stuff of our world, friends.

At the Galactic Center of our Milky Way world, old red giants are outnumbered by young massives. These young stars exist despite the “tidal forces from the central black hole” https://en.wikipedia.org/wiki/Galactic_Center

The map of our cosmos has much to reveal about life here on Earth. Those young stars thrive, despite the black hole and its voracious nature. They are like our American youth who have put away the apathy of the most recent previous generation and are stepping up to podiums and taking over pavements and parks, protesting with power the basic need for safety. Their freedom to be safe is being denied by the actions of others.

Twisted human minds and their legal right to use weapons of war that destroy lots of people very quickly is the issue, my friends.  Wether this be by individual act, cultural consent, Presidential decree, or economic gain; killing in this way, is what we do.

50 years ago yesterday, the massacre of My Lai took place. In that slaughter over 500 Vietnamese were killed in four hours. 50 is the number of years Wounded Healer Chiron takes to get around the Sun. It’s a Chiron return for My Lai and the men who perpetrated that act. Today, at this New Moon, the Sun in the last degrees of Pisces meets Chiron the Wounded Healer.

Columbine wasn’t our first slaughter, neither was My Lai. We’ve been at this act of killing for a long, long time.

We keep trying to heal from it; from being slaughtered and slaughtering others. Over and over, each and every nation does it. It is an immortal wound. It is the wound of humanity and mythology tells us that the wound will heal when it is surrendered. When Chiron takes on Prometheus’s pain the endless cycle will end. The pain, my friends! The huge God awful pain. The pain we take the pills, the needle, the smoke and the booze for. The pain that drives some to suicide.

The young stars shine bright at this outrage.

Video game guns splatter red blood across the screen. The animated body crumples over the gushing hole in its pain-free chest. The man/boy on the dirty chip-strewn couch pumps bullets that makes hell in images just five feet away.

Death visits the classroom and booms in the ears. Ancient fear hormones in the blood stream is sheer terror.

We turn to the truth teller Sagittarius; where the Galactic Black Hole is. Sagittarius shows us the big picture. It points far beyond the ends of our noses and shows us what can be. The Archer’s bow is pointed toward our ultimate destination. As souls we are returning to love.

As Mars, God of War leaves the last degrees of Visionary Sagittarius, the youth speak up. Weapons that kill this carelessly, they say, do not belong in civil life.

I wonder if it’s bigger than that. Perhaps we’ve reached a new epiphany; an understanding that we do not want to keep killing and being killed. We just don’t.

Yes, we have the right to bare arms. Arms that hug, arms that hold. Arms that shoot the food that some still eat. Arms that protect us from those who seek to hurt us. We have warriors of honor amongst us.

As I write, Mars leaves Sagittarius for Capricorn, the sign of its exaltation. Mars in this sign is that of the capable General. We find honor and dignity once again. We pin medals on one another. Our veterans are both treasured and worried over. How well are  they? How are they doing?

As I take off my gardening gloves the breeze gusts, blowing a dove sideways in mid-flight. Our capacity to create is part of this windy day. Our creation finds its way into all we are and see – the bloody Hollywood blow-em-up, the school shooting, the concentration camp, the slave ship, the nuclear plant, the solar cell, the microscope, the incredible novel, the beautiful song, the electric car, the tiny baby.

In mythology, healing occurs when Chiron takes on Prometheus’s pain. Prometheus was stabbed in the side by the Gods for stealing creativity from them. Prometheus stole creativity. He took it from the Gods. He gave it to us. We have the power of creativity.

Look what we created.

We notice our judgments and love ourselves anyway.

We’re willing to see perfection in the situation.

Painful as it is, perfection is in gun violence because it shows us a deep collective wound. Radical Forgiveness, like Sagittarius and the mystery at the Galactic Center, show us the big picture. We gain an awareness of how we use our creative powers.

Creation, my friends, is a mystical as the Galaxy itself. Around what does your creativity circle? At this New Moon at the end of all endings Pisces/Omega, we get an understanding that surpasses all others; an understanding of something new. The beginning is here, again. What will you do with the Aries/Alpha point?

Remember, you matter. We are all connected. Earth is our home and Love is our destination. 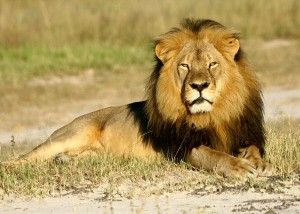